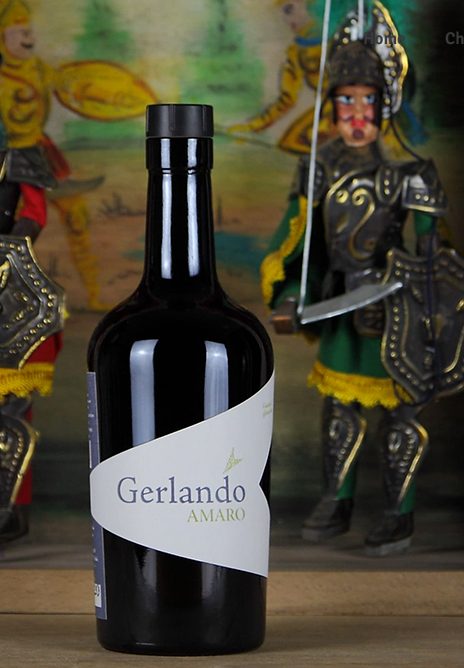 Amaro Gerlando is obtained with a cold infusion of fresh herbs and spices, after several weeks and only when the perfect combination of the various aromatic components has been achieved, the herbs are separated and then bottled. Tasting it, the nose immediately perceives a fresh scent, while on the palate there will be an explosion of all the aromas of the fresh herbs and spices used, showing an incomparable and uncommon persistence. It is important to remember that our Gerlando is produced exclusively without any kind of “natural flavorings”, dyes and caramel. Excellent pairing with sweets and fruit.

It is important to remember that our Gerlando is produced exclusively without any kind of “natural flavorings”, dyes and caramel.

We produce it following the recipe handed down, filtered with gauze we keep the taste, aromas and organoleptic properties intact. 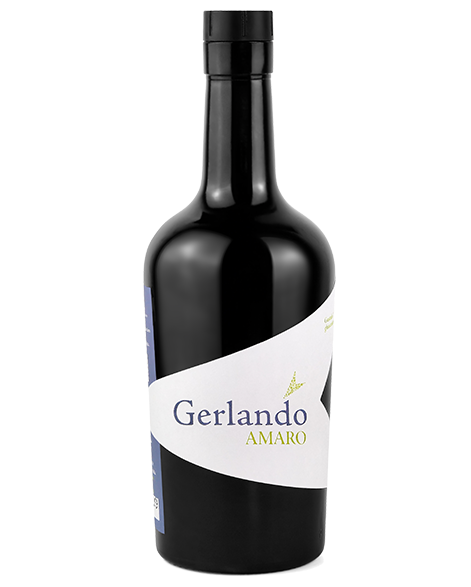 The Templars have always occupied a part of my life as a child thanks to the stories that my family told me, while they tried their hand at aromatic herbs and infusions for the realization of the recipe for an amaro. Growing up, I associated the bitter with the Templars and the knight Gerlando, since the stories told about him were many. When my family abandoned the idea of ​​making the recipe, they handed it over to me. It remained jealously stored for decades, until during a move I found it in my hands and, mindful of the good memories, I decided to reproduce it. Thus was born Amaro Gerlando. Appreciated by relatives and friends, I decide to start a strictly artisanal production.

In Caltagirone in Sicily, in the Basilica of San Giacomo, the relics of Blessed Gerlando known as “Gerlando di Alemagna” or “Gerlando di Apollonia” have been venerated for centuries. The oldest authors said he was originally from Germany or Poland while more recent studies want him to be Sicilian, a native of Piazza Armerina, where in the 13th century the presence of an Alamanni family originally from Bologna is documented. He spent a good part of his life as a religious knight at the Commenda della Madonna del Tempio a few kilometers from Caltagirone, of which he became the guardian: with love he became the protector of widows and orphans, and at the same time he engaged in harsh penance practices. He died around 1271 and was immediately the object of devout popular cult. On 19 June 1327 his remains were identified and moved to the Basilica of San Giacomo Maggiore in Caltagirone. His skull is still kept here today in a silver case, which is exhibited for public veneration on various occasions, while the rest of his body is found in the reliquary of the basilica.

The Templar order was born in 1119 in Jerusalem with the aim of protecting those who went there on pilgrimage. It ended between 1312, the time when Pope Clement V decreed its closure, and 1314 when the king of France, Philip the Beautiful, burned the last Grand Master of the Templars and his greatest collaborator. Always surrounded by an aura of mystery that foments myths and legends, the Templars left a deep imprint in Sicily during the reign of Frederick II.

Official marketing and contact communications come exclusively from the divinispiritus.com or ltb-global.it. domain o from our official social network channels. All communications that come from other domains (eg gmail.com, hotmail.com, etc.) are not authentic and must be deleted.